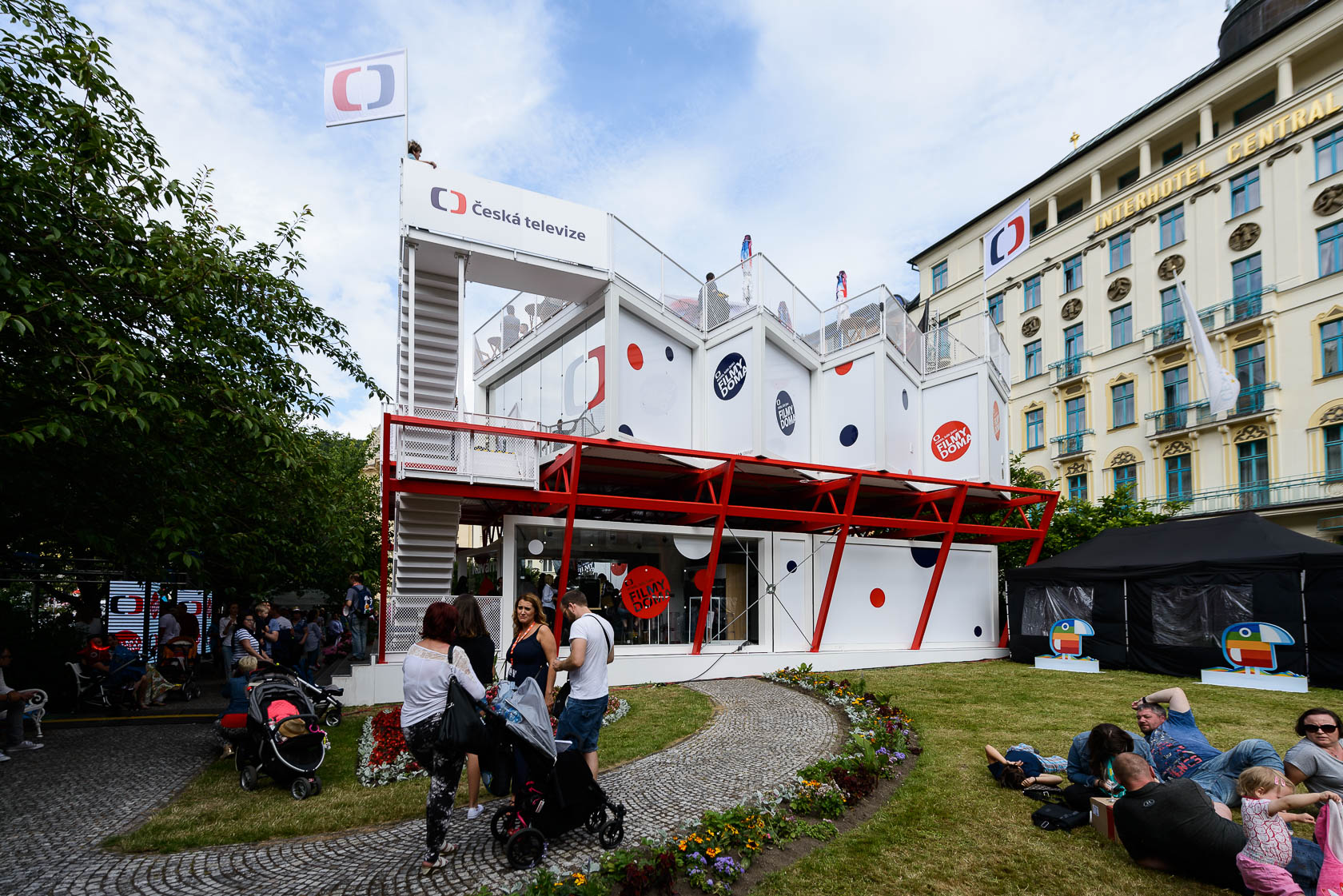 The House of Czech Television was created by Koma Modular for Karlovy Vary International Film Festival. It was assembled of City modules, levitating on the red steel construction. Thanks to the shape of inverted trapezoid, it was possible to assembly bigger house than the construction place itself. Thanks to this solution there wasn´t need to join the modules from the first floor and the second floor together.

Bottom floor of the building was used as a café, in upper floor took place a television studio with various program- talks, discussions and a live stream from the festival every day. On the roof floor there was situated a huge terrace, which offered a great view around for all the guests. 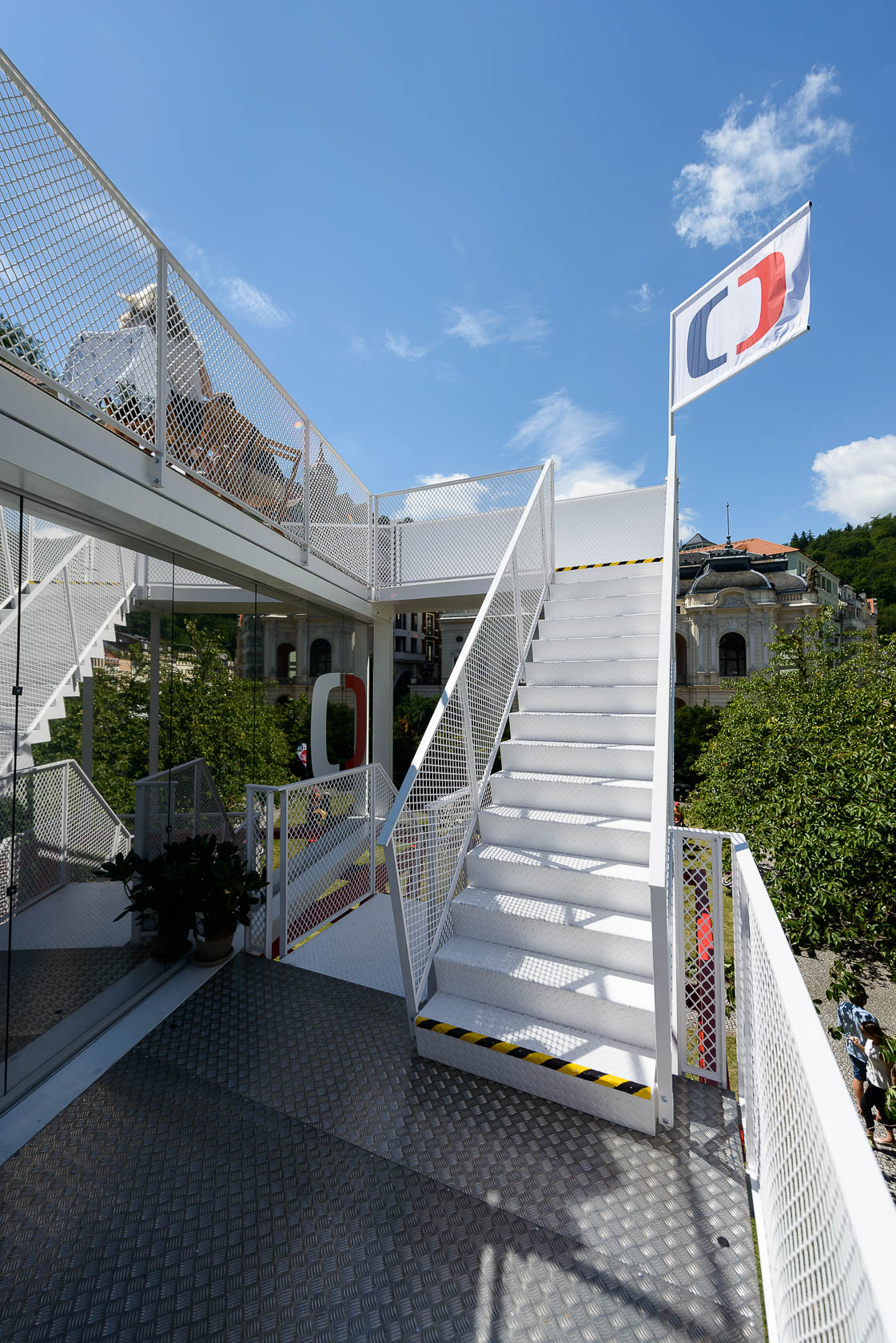 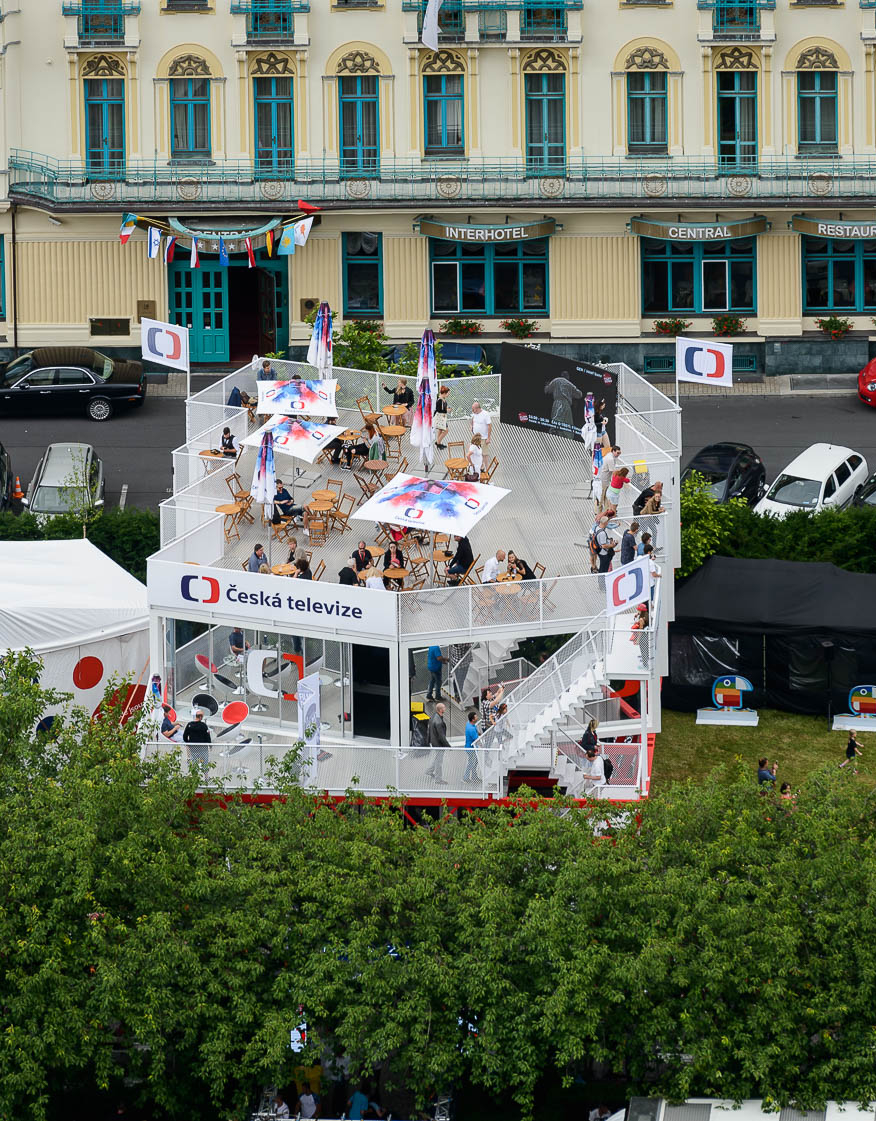 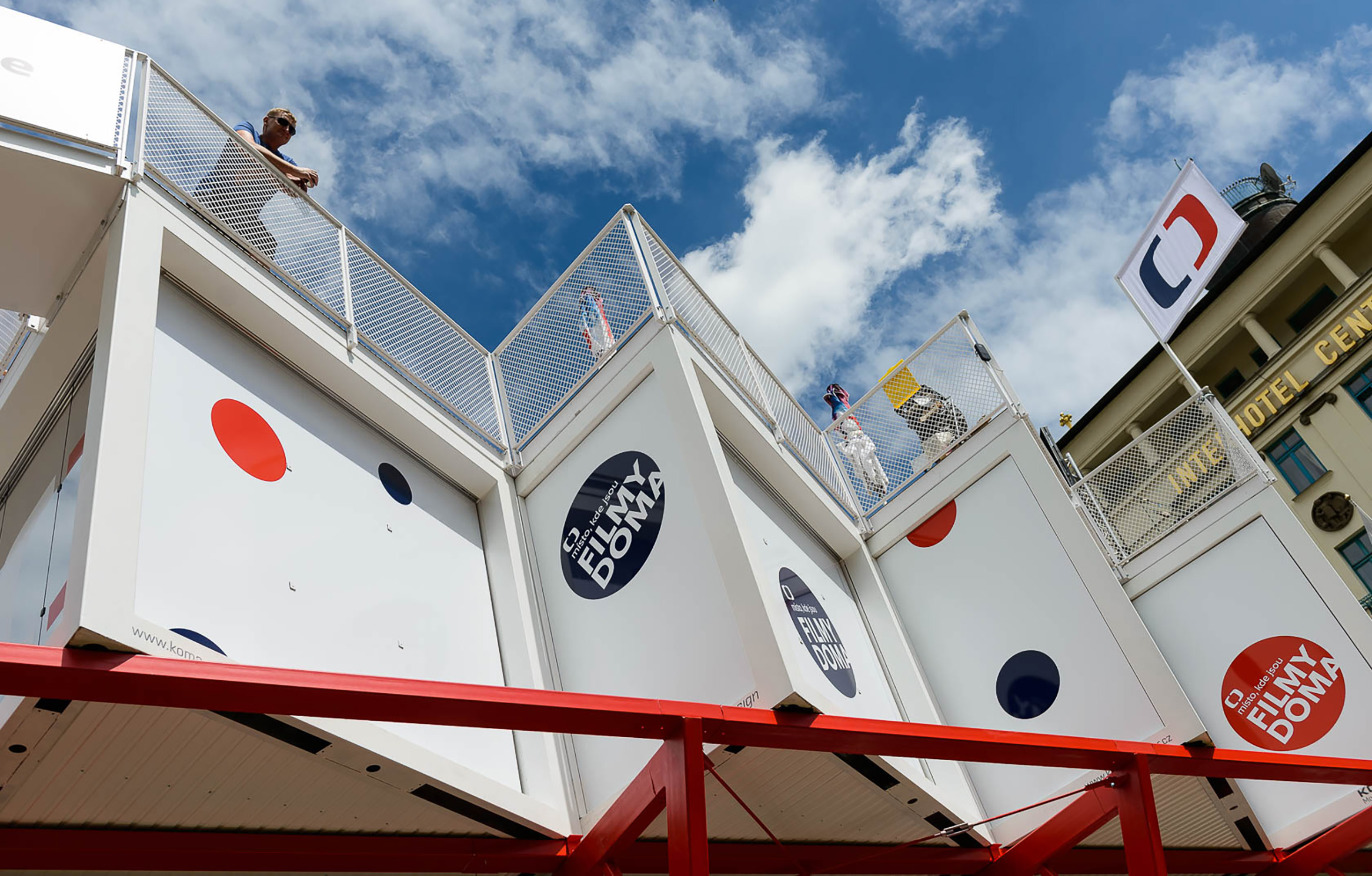 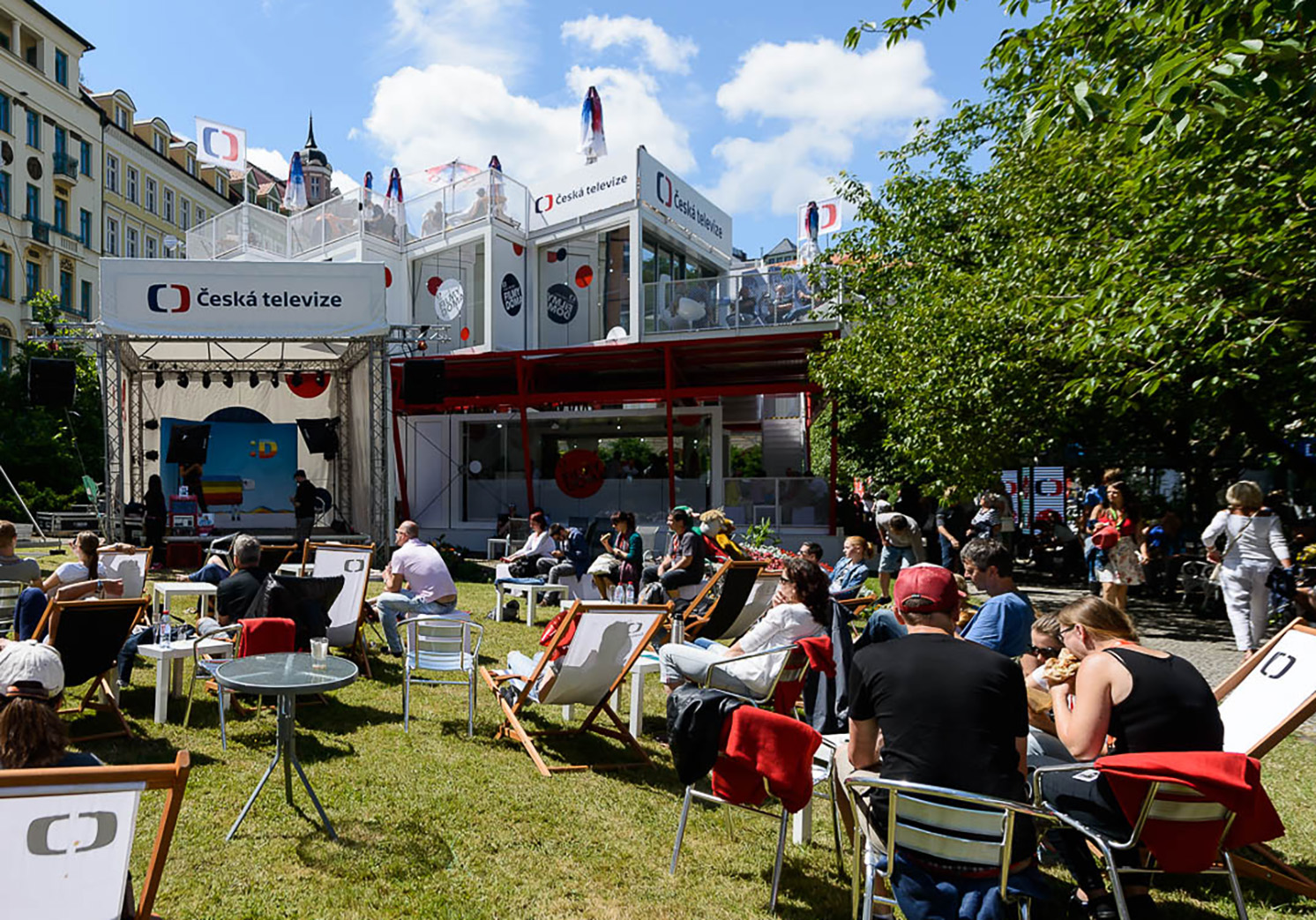 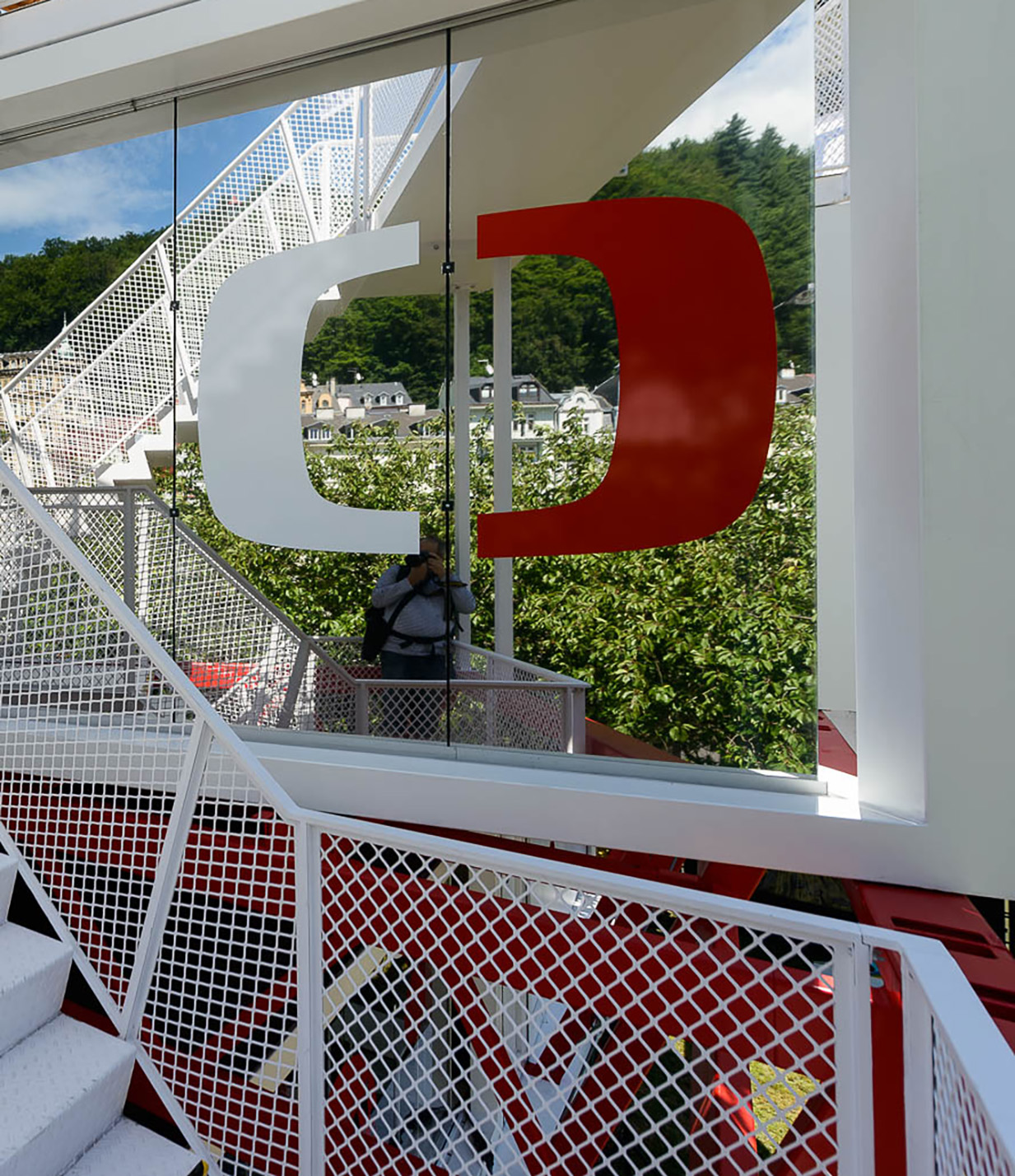